What, When and How is hurricane season on St Barts ?

What is hurricane season on St Barts ?

With its tropical eastern Caribbean location, St Barts experiences two seasons per year; a dry season (approximately December through May) and a wet season (approximately June through November).  To the casual observer, these two seasons might not be obvious, however, a subset of the wet season when powerful storms called hurricanes are prone to forming is much more well-known.

Several factors contribute to the enhanced storm threat during hurricane season.  Firstly, longer daylight hours and warmer summer sunshine raise the surface temperature of the ocean’s water.  Warm water is like fuel for a hurricane.  Secondly, storm suppressing factors such as wind-shear and dry air reach their cyclical minimums.  Thirdly, rain storms such as the monsoons in Africa provide the seeds that can grow into the large and threatening hurricanes as they cross the Atlantic ocean gaining strength when conditions are ideal.  Other climate factors—such as the Pacific Ocean’s El Niño / La Niña status and the Atlantic Multi-decadal Oscillation (AMO)—can also impact the likelihood of Atlantic hurricane formation.

When is hurricane season on St Barts ?

In theory, a hurricane could threaten the island of Saint-Barthélemy at any time of the year, however, historical data indicates that hurricanes are very unlikely during the half of the year that is dry season (December–May).  Thus officially, the North Atlantic hurricane season begins on June 1st of each year and concludes on November 30th.  But the early and late parts of the hurricane season tend to favor storms in the western Caribbean or Gulf of Mexico and—because of the prevailing winds—these storms rarely impact St Barts.

For practical purposes, the hurricane threat on St Barthélemy closely follows the monsoon season of western Africa.  These particular storms are referred to as Cape Verde style hurricanes as they move off of the coast of Africa and begin to acquire hurricane characteristics while passing the Cape Verde islands.  They are most likely to occur during the eight weeks between early August and early October.  The following graph from the National Oceanic and Atmospheric Administration (NOAA) of the United States indicates that the Cape Verde storms closely correspond with the heart of hurricane season with the annual peak occurring on approximately September 10th of each year. 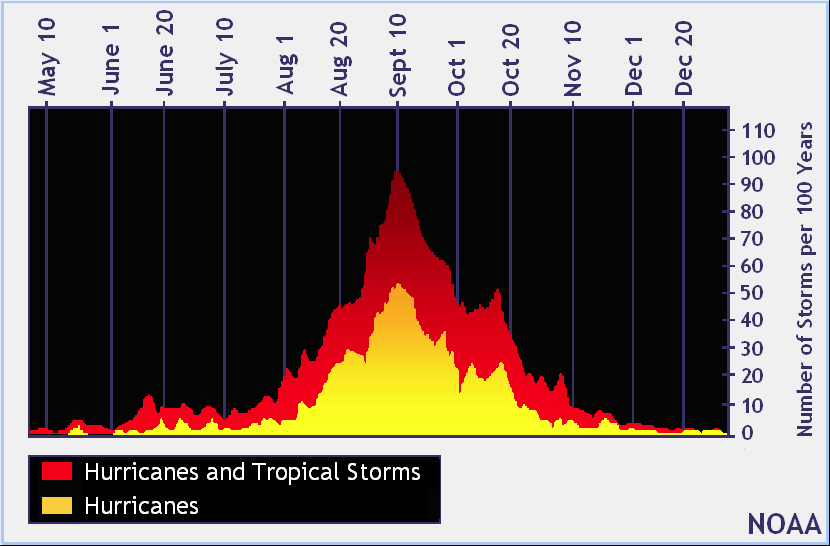 Image via NOAA article: The peak of the hurricane season – why now? originally published August 22, 2016.

Having established that peak hurricane season on St Barts is typically from early August until early October, it is important to note that there are exceptions.  For example, Hurricane Omar passed by St Barts in mid-October of 2008 and Hurricane Lenny crossed over the Leeward Islands in November of 1999.  Both of these storms were unusual for traveling from the west to the east rather than along the typical path of the east-to-west prevailing winds in the region.  Thus the memorable nickname of "Wrong Way Lenny" for the November 1999 hurricane.

How is hurricane season on St Barts?

Life on St Barts during hurricane season varies depending on the actual month.  June and July, as well as, October and November are typically no different than the rest of the year despite being part of the official North Atlantic hurricane season.  August and September, however, are both unique in their own ways.

Although August falls within the window of peak Cape Verde hurricane season, St Barts remains open for business as normal to take advantage of the August vacations that are popular with many European tourists.  The island is surprisingly busy as most shops, restaurants and hotels stay open until August 31st before the annual September closings of the off-season.

In contrast, sleepy September is the exact opposite of the August frenzy as nearly every shop, restaurant and hotel closes for 4–6 weeks of rest and refurbishment.  The rare September tourist might easily think that Saint-Barthélemy is a ghost town but a closer look would reveal considerable maintenance work underway as well as many renovations in preparation for the next tourist season.

The National Hurricane Center of the United States is an excellent source of meteorological information regarding hurricanes:

Hurricane information specifically oriented to St Barts can be more difficult to find (especially in the English language).  Consequently, it is suggested to follow our Bureau Xavier David twitter feed where we will do our best to relay information regarding the local threat of hurricanes to St Barts: 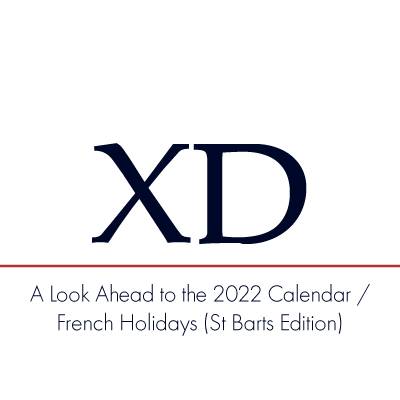 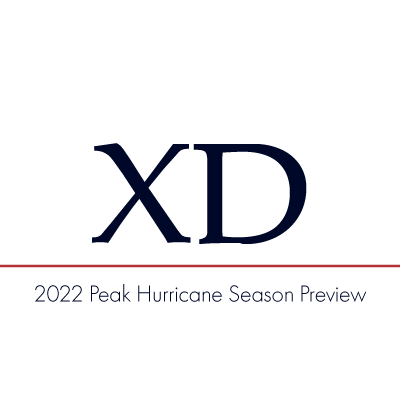